Rat-Trap – is not the trap that kills the rat, It’s the little piece of cheese

Is not the trap that kills the rat, It’s the little piece of cheese

A woman stands on her balcony awaiting and even summoning her man who is rowing upriver to her.

This piece speaks to the entire package of allure that the woman represents to man; her touch, her walk, the way she smells, looks at him, smiles; the sultry and the sensual.

It speaks of the charms of the woman against which man has such little resistance, which awakens his need to flex and swell his chest, his manly display, to compete ….. to soar, to conquer, to overcome all obstacles to win her, and yet to fall.. 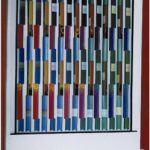 Self Preservation – Are we living longer now because we eat more preservatives?
Menu
WordPress Image Lightbox